What are keloid scars?

Keloid scars are formed during the healing of a wound. In the process, too much scar tissue is formed, resulting in abnormal growth, which is usually large, lumpy and red in appearance. The keloids that develop can sometimes be bigger than the actual wound ever was. 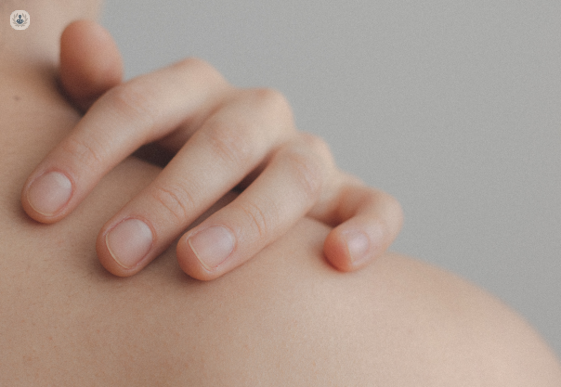 Treating keloid scars can be difficult, and won’t always be successful. However, some treatments can sometimes decrease the size of a keloid or flatten it and make it smoother.

Keloid scars have the following characteristics:

A GP or dermatologist can diagnose keloid scars simply by looking at the skin. Sometimes a biopsy can be performed to rule out other pathologies related to the skin.

What are the causes of keloid scars?

The causes of keloid scars can be very diverse, and we do not fully understand why keloid scars sometimes develop. After the skin is injured, the cells try to repair it by scarring, and in some cases there is an over production of collagen, leading to the formation of a keloid scar.

Keloid scars can result from any of the following:

Can keloid scars be prevented?

Some people are more prone to developing keloid scars, including people with darker skin as well certain families in which they are common. Whilst keloids cannot be entirely prevented, they can be avoided by not having piercings, tattoos, injuring the skin and treating acne.

Treating keloid scars is a challenge as they are not always successful. Even after removal of a keloid, they can return in some cases.

The following are possible treatment options for keloid scars:

Which specialist treats you?

The specialist who treats keloid scars is a dermatologist.

This website uses cookies to improve your experience while you navigate through the website. Out of these cookies, the cookies that are categorized as necessary are stored on your browser as they are essential for the working of basic functionalities of the website. We also use third-party cookies that help us analyze and understand how you use this website. These cookies will be stored in your browser only with your consent. You also have the option to opt-out of these cookies. But opting out of some of these cookies may have an effect on your browsing experience.
Necessary Always Enabled
Necessary cookies are absolutely essential for the website to function properly. This category only includes cookies that ensures basic functionalities and security features of the website. These cookies do not store any personal information.
Non-necessary
Any cookies that may not be particularly necessary for the website to function and is used specifically to collect user personal data via analytics, ads, other embedded contents are termed as non-necessary cookies. It is mandatory to procure user consent prior to running these cookies on your website.
SAVE & ACCEPT